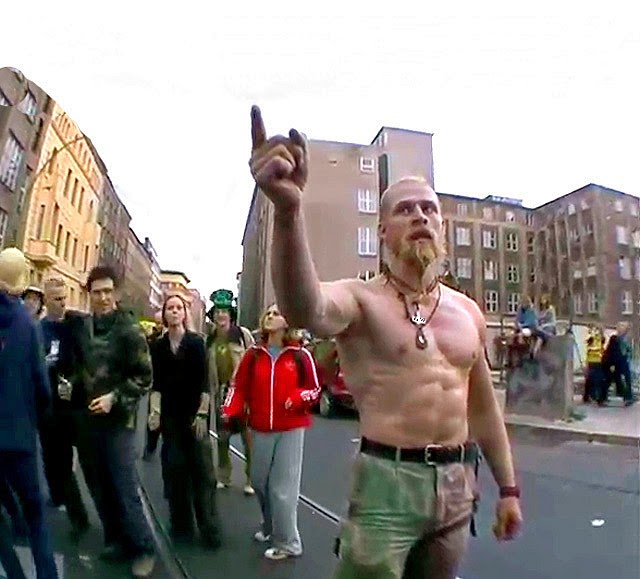 Song #1 on XONE - The Emperor's Dream is: Techno Viking.
The Techno Viking was a man who came to fame in a 2007 viral video that swept across the internet. The video, shot in 2000 at a Techno Parade in Berlin, Germany, shows a chilvalrous, blond, muscular man who comes to the defense of a girl who gets mauled by a drunken parade walker. The Chivalrous young man, dubbed the Techno Viking, then proceeds to dance to the pumping music of the parade.

The amateur video went viral in 2007,
and by 2013 had over 16 million views.
All attempts to find the Techno Viking led to nowhere. 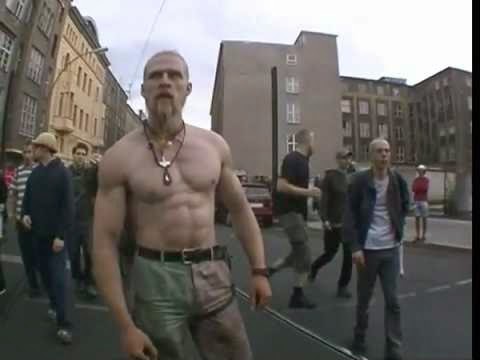 Finally the Techno Viking resurfaced in 2013.
But instead of embracing the worldwide love for his honorable nature,
he shunned his Meme, and filed suit against the artist/cameraman who shot it.
And the Techno Viking won his case to the tune of $10,000 in damages!

Techno Viking, you are being foolish.
The world honestly loved you for who you are,
and you shunned that love. Why?

I think it was a huge mistake,
You are missing the point.
The point is that the world loved you for that video,
so Techno Viking: "IT IS TIME TO EMBRACE YOUR MEME!!!!!!"

The world loves when you point to that guy to sit down,
and the world wishes it could dance as awesome as you do!!
You gotta love it, Baby!!
Look at how many people across the world did their own versions!