The title track from the XONE album: The Emperor's Dream, refers to the period of time when a Dictator is left with only his own thoughts, and the reality that follows is undeniable to his own mind. For instance, North Korean Dictator Kim Jong Un is told daily by his throngs of yes men and sycophants, that he is the the most perfect specimen of Korean manhood. He probably believes it, especially while they are professing as much to him all day long, every day, but at some point, when he is all alone, he has actually seen himself naked in a full length mirror, and he knows he's really a fat, ugly piece of $#!T!. This creates a reality check known as The Emperor's Dream!!

Every tyrant who has ever lived, has had The Emperor's Dream. It comes with the territory of being a despot, and a despot's need for control. From Egypt's Ramses II, Rome's Caligula, Spain's Franco, to Russia's Vladimir Putin, despots have instilled within their subjects an idol worship that is tightly controlled. The people are forced to revere their leader as a deity. The modern dictator utilizes modern media to prop up their idolatry, similarly to Ramses II and his hieroglyphics. Images of the leader are plastered everywhere out in public, and usually with a portrait in every home. It's an illusion that the dictator knows is false, but promulgates his power and installs fear into every citizen. 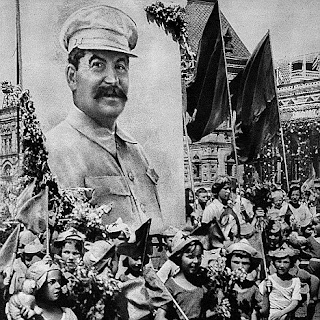 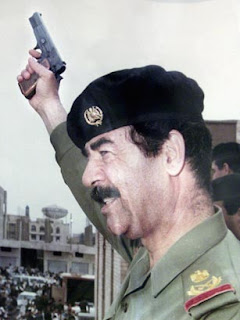 The image of a Dictator is very carefully crafted by state controlled media. Only certain images are allowed to be seen. Images are deliberate and planned for propaganda effect. The images will make the despot look strong, fatherly, and more than anything, legitimate. Vladimir Putin makes very good use of his state controlled propaganda machine. He makes sure that pictures depicting him shirtless, carrying a hunting rifle in the wilds, playing ice hockey, or competing at Judo, cementing his image as a strong, virile leader of the nation in the minds of Russians who are spoon fed these images every day. It's hard for the Russian people to believe this crafted legend isn't true, when it's all they are told. 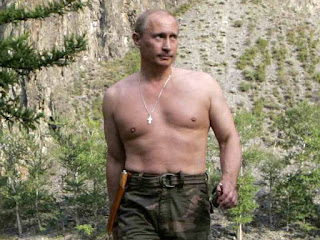 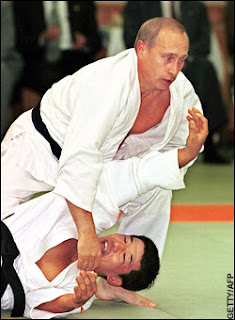 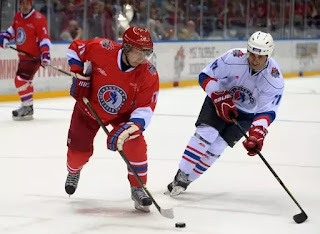 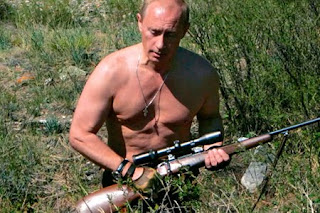 But the Dictator knows that it is all a lie.
He knows that his Judo opponents are are "willing opponents", ready to be thrown.
He knows that for the other legitimate athletes: playing hockey with Putin, is akin to playing soccer with Pablo Escobar, or wrestling with John DuPont. (you let the boss win, known as "sand-bagging")
What's important is that the boss comes out looking good, for propaganda purposes.

In keeping with the carefully crafted images of despots, one thing that you rarely see, is a picture of a dictator sleeping. The exception to the rule is Hitler. The depiction of Hitler sleeping tugged a particular volk heart-string, and appealed to the German people, "proving" his hard work for the greater German Reich. It was part of a completely crafted image. 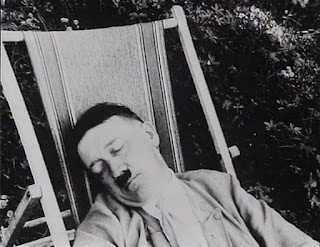 But look for a picture of Stalin, or Putin, or Assad, or, Peron, or Amin, or whichever Dictator you choose, and you will not find a picture of them sleeping or being vulnerable. In fact, it's only when they are forced to be in public that you can catch a vulnerable moment, such as Putin at the UN, or Saddam Being captured by US troops in Iraq in Dec 2003 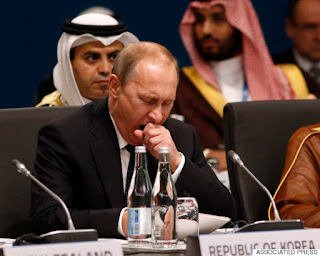 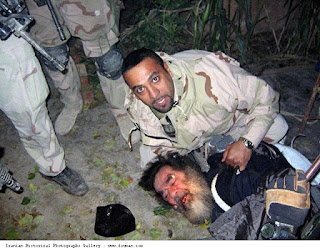 Conversely, if you look at the leaders of Democratic nations such as USA, Britain, you will find pictures of them being very human and vulnerable, such as Presidents asleep on Air Force One, struggling with the hard decision, recovering after surgery, etc...things that you never see Dictators doing. 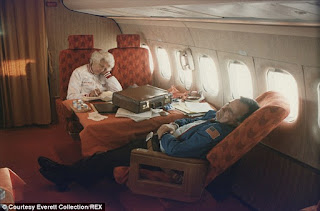 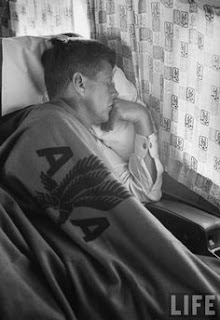 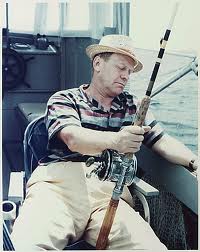 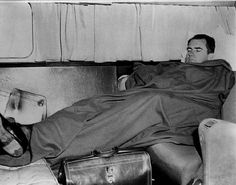 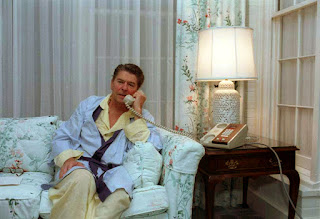 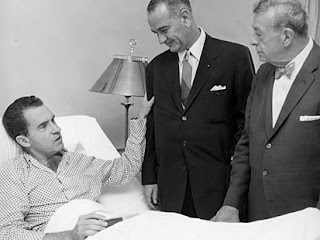 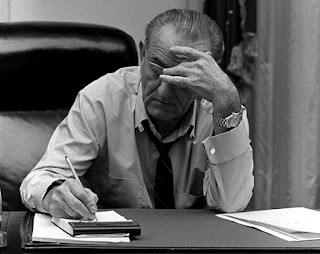 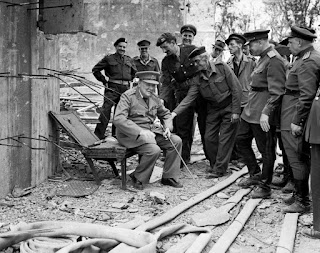 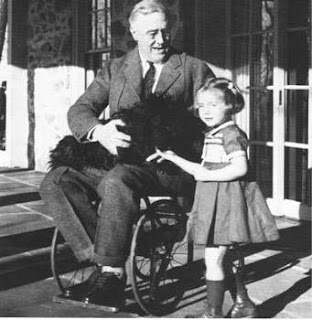 No, the only time that you'll ever see a dictator laying down or being vulnerable, is when they fall victim to the only thing that they cannot control in their world, and that is the passage of time. And time comes for all tyrants eventually. 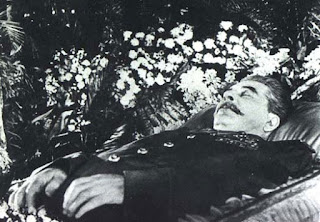 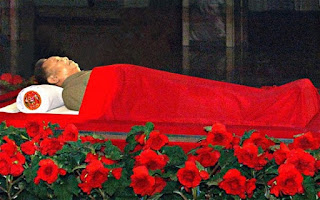 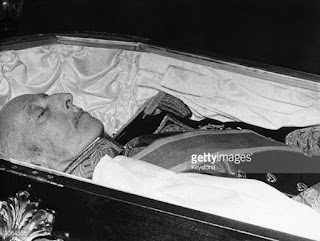 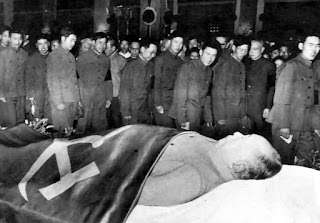 Or when the People took matters into their own hands 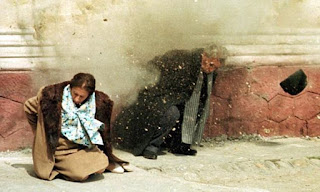 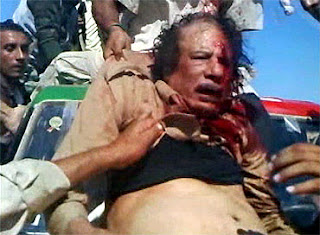 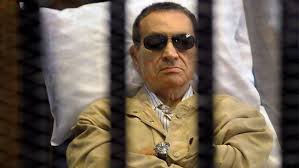 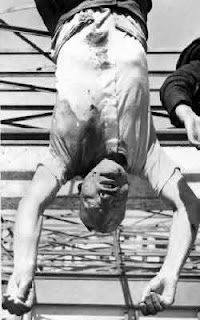 Dictators like, Ceausescu, Mussolini, Gaddafi, Stalin, and Saddam, et al, have to work very hard to keep up the illusion of their perfection. For instance, Kim Jong Un has promoted to North Koreans the disinformation that he does not urinate or defecate. He is "perfect", so he doesn't do those things. It's totally preposterous, especially since we know that a fat glutton like Kim Jong Un has huge bowel movements that clog the imperial toilet regularly. As well, Kim Jong Un is depicted in the North Korean state run media, as being the most handsome man in North Korea. Sorry, but that's a fatty double-chin he's got there, and he looks like a wrecking ball stepping onto this submarine. 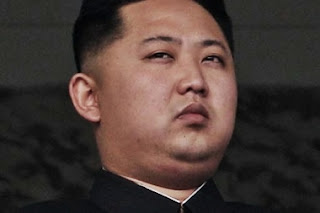 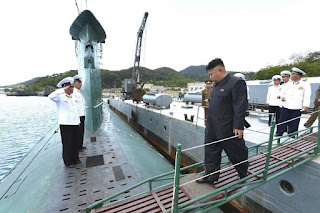 And when a dictator like Kim Jong Un lays down at night and he's alone with his own deepest thoughts,
he knows that he's not perfect, or handsome, or sexy, or anything remotely like that. He knows he's a fat, fatty-pants, who only has a hot wife (and mistresses) because he's a ruthless dictator, who stomps out all opposition with brutal finality. And he knows this is true, deep inside, and he can avoid that reality when the throngs of crowds are chanting his name, or clapping about his latest missile launch. But when he lays down at night and is waiting for sleep to take him over, he has the same thoughts that every despot who came before him had. That is The Emperor's Dream.

Get The Emperor's Dream at Itunes, Amazon MP3, or Google Play