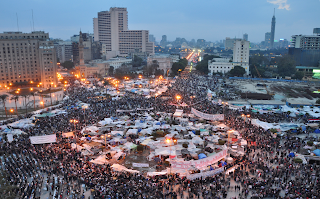 Songs #4 "Revolution" & #10 "Revolution (Acoustic)" from XONE - The Emperor's Dream are the same song in two variations. Song #3 is a fast modern sound, while Song #10 is a slow acoustic ballad.I was inspired to write this song, by the young people who filled Tahrir Square in Cairo Egypt in 2011, and toppled a brutal regime with their sheer will. I was blown away not just by their victory, but how they transcended the influences of the Muslim Brotherhood, and other extremists. These young, educated, free-thinking men and women of Egypt are an awesome group of people, and these songs are for them!

Westerners tend to see so many examples of arabs or muslims in this world doing terrible and ignorant things in the name of their religion or cause, that many get to the point where you lose all faith in people of the middle east. That's a big reason why I was so impressed when the Arab Spring erupted on January 25th, 2011. I watched as young Egyptians began to save their own world and try to make it a better one. 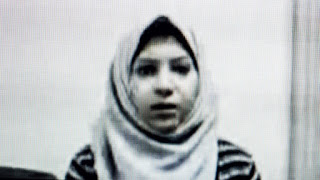 It all began with a You Tube video by a 26 year old Egyptian woman named Asmaa Mahfouz. She called out for all those who would join her to meet at Tahrir Square to protest for the end of the brutral dictatorship of Hosni Mubarak in Egypt. Miss Mahfouz especially challenged the "toughness" of Egyptian men, and asked them to stand with their women to end the brutality. Egyptians answered her call in HUGE numbers. They soon filled Tahrir Square and would not be moved, despite some brutal treatment by police. 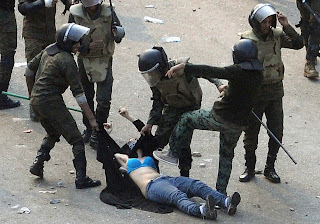 It wasn't an Islamic Revolution though. It was actually a call for democracy by and entire generation of intelligent, educated, free-thinking young people who called for all of the people to stand up and rally to the cause of Egypt! And it worked! They forced Mubarak to give up power. 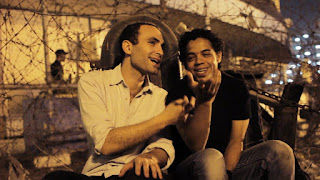 I am truly inspired by these young Egyptians. People like Ahmed Hassan and Khalid Abdallah, who I witnessed in the 2013 documentary The Square. These two young men are dedicated to a free Egypt, where free thinking is available to every citizen. They reminded us that they are the descendents of the people of the Pharoahs, and that they are capable of great things. They can transcend the pressure of ideology, and rise to that greatness again.

I believe in you, Egypt!

Welcome to the Revolution!

Get Revolution and Revolution (Acoustic) on XONE's latest album: The Emperor's Dream
Available at Itunes, Amazon MP3, and Google Play

UPDATE: The youth of Egypt continue to struggle against the new regime installed by Egyptian ex-General Sissi, who won a "fair election", and is now "President" of Egypt. The people are not free. They are still repressed by a military government.

Egypt needs a government for the people, and by the people,
free from interference from the military or religious idealists.

The smart and open-minded youth of Egypt will rise...
Posted by XONE at 4:59 PM No comments: